A number of years before he passed away in 2008 Harold Kunze of Hinckley Minnesota showed me the six volt wind generator that he had taken down from the barn roof while Lois his wife did our taxes. It had been installed in the 1930’s. It was clearly a William Dunn or very early Parris Dunn unit out of Clarinda Iowa. Something had fallen on the propeller in storage and damaged it. I assumed that it had cracked or broken. Harold said that he did not know who the manufacture was but when we took it outside I could make out very faded DELCO on the tail. 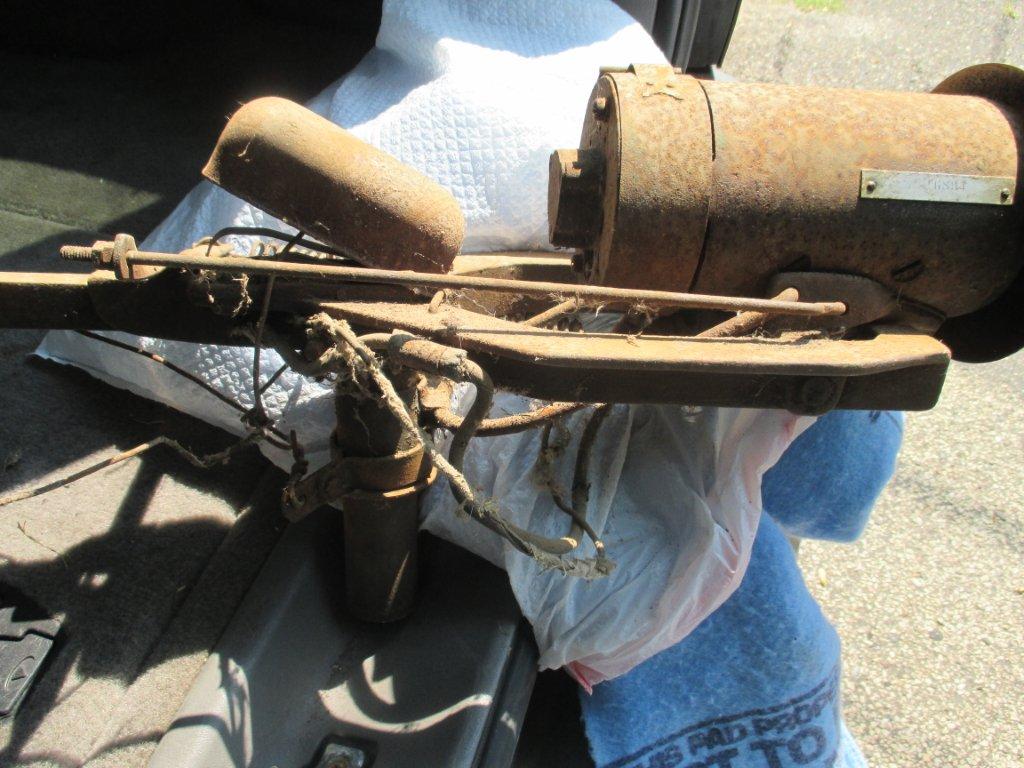 My friend Del recently told me that property that had belonged to a friend of his had changed hands and the new owner accepted his offer of $20.00 for a wind generator mounted on a ten foot tower on one of the out buildings. It turned out to be a Dunn Gyromatic. I thought it would look cool on our garage roof here in Minneapolis even if there was not a good wind flow.

The unit that was in Lois’s shed came to mind and I asked her if she thought $50.00 would be satisfactory to her. She did not really know what it was but that seemed fair to her. As it turns out she was receiving help cleaning sheds out from a couple. She called me a few days later to say that they had found it and the propeller was not broken but had been bent. Dennis who found it had become very excited. It turns out that he had worked for an electrical cooperative and knew exactly what it was. I think if I had not called Lois when I did he might have wanted it. They did not find the tower. It seems that Harold must have taken the unit off of the tower in preparation of having the barn reroofed. We do not know if the tower is there somewhere of it was discarded. 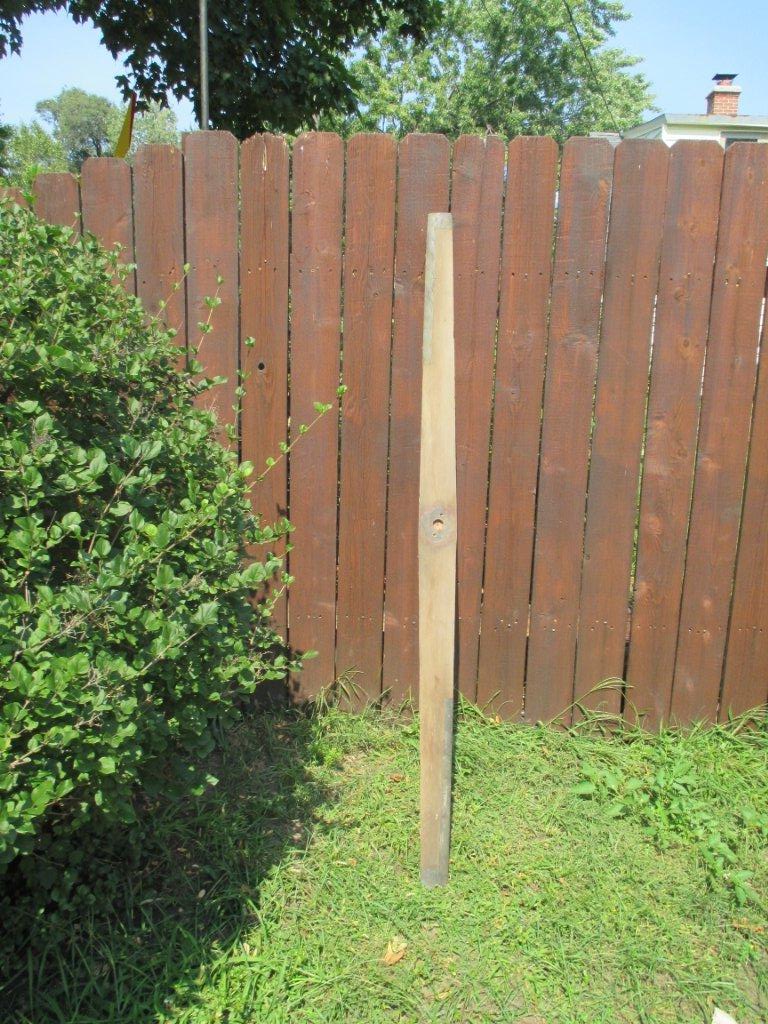 On Saturday September 2nd 2017 Del and I drove up north to attend a vintage tractor and engine show and stopped to see Lois on the way back. Much to my surprise the propeller was not cracked but it was straight as an arrow. The unit was much rustier than before and Del explained that the surface rust had advanced due to having been stored in the pole shed. I noticed that the brass collector element was missing from inside of the support pipe. Lois said that she had seen a small piece with a wire attached to it but could not remember where she had seen it. She said “why don’t you pay me less now and I will try to find it”. We did not find the little panel in the barn but I did notice a small wooden shelf adjacent to where the modern AC wiring had been brought into the barn. The shelf looked about half the size needed to support the six volt storage battery. I think being frugal they may have removed half of the shelf to make room for the new wiring. These farmers made do with what they had. To provide water for the cows in the pasture they installed a pump jack to draw water from a hand dug well. A hit or miss gasoline engine powered the pump jack until the stock tank was full enough to reach the level of a wire that shorted out the engine ignition and stop the engine.

I am going to clean the propeller with a white dish cloth and a strong solution of Dawn dish soap and water until the cloth rinses out clean. When it is completely dry I will apply liberal coats of pure lemon oil. I had no idea what color the unit may have been until I noticed a reddish residue on the back of the propeller where it had been mounted on the hub. The color is similar to that used on the Gyromatic tail. I talked it over with my neighbor Craig who works at an art gallery and decided scrub the very loose rust off and clear coat the unit. I would repair the bent tail and re letter it first. The generator spins very freely but we would take it apart, clean it and inspect the brushes. Rather than connect it to a battery I would probably mount some sort of light behind the propeller. 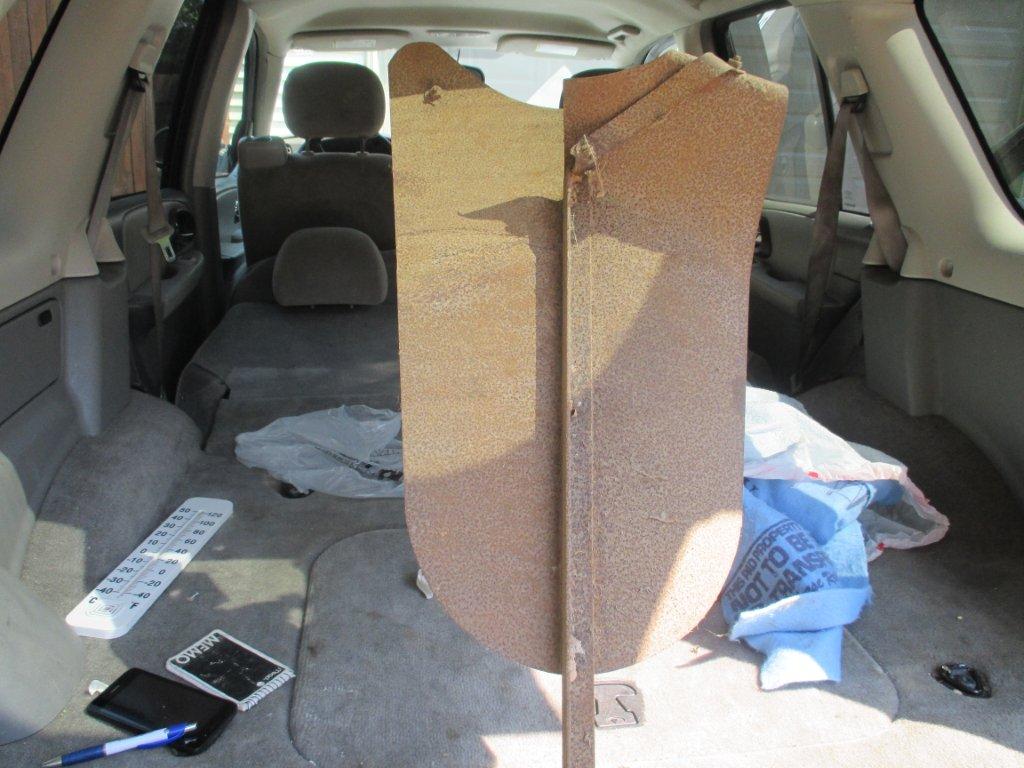 If we can pull it off and my wife does not kill me I would like to also install the Gyromatic there also. I also have part of a Lejay unit that I would like to see be restored and put in a museum.